The polar bear on the melting iceberg has long been the ubiquitous image of climate change. Climate Outreach believes that climate change imagery can and should be more diverse and they've developed 7 principles for visual climate change communication in the new Climate Visuals report.

Use authentic images rather than stock photography, which can appear gimicky or manipulative.

Since climate change is such a complex issue, make sure the action being depicted is on proper scale with the problem.

Strike a balance between making the issue personal and conveying the significant scale of the issue.

6. Be very careful with protest images

Images of climate marches can prompt negative reactions as many people don't identify with activists.

While reactions to images are influenced by ideology, photos of solutions were met positively across the political spectrum. 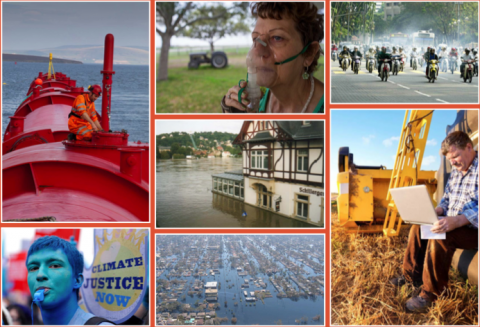 What They See Matters: Visual communication takeaways from audience research and tips for testing images
Communications Handbook for IPCC scientists
Aquarium of the Pacific: Flash "Freeze" Mob
How to have a conversation about climate change
Reaching people through images
Seven key frames for a paradigm shift
Changes in Your Community: Climate Wisconsin