Skip to main content
Why Science Is A Non-Issue In The Election...Again
Author: Organization: Talk of the Nation
Published 2012
Polling & Social Science
Strategic Approach: Other, Audiences
Share
Tweet

An NPR Science Friday piece questions a panel of experts as to why science is at the bottom of the list of campaign issues that resonate with the public and whether recent extreme weather events will cause climate change to be part of the presidential campaign and debate.

Experts discuss why scientists and decision makers should be doing more to communicate to the public about the science of climate change, as well as illustrate how scientific research and new technologies benefit our everyday lives.

Presidential candidates don't need to be scientists to debate science. They debate other issues like economics without being economists or issues of faith without being pastors, the same should apply to debating important scientific issues like climate change.

Questions of jobs and deficits will likely dominate the presidential debates over science. If there is a debate question about climate change it may focus on technology.

The public has a hard time relating to scientists and doesn't know how science contributes to our daily lives. This is combined with a diminishing trust in the government in general, and thus a lack of trust in its ability to translate science in a way that will benefit the public. Democrats tend to have more trust in government and think government can do more for science.

The problem may be that scientists are failing to effectively communicate what they do. The scientific community needs to be more engaged and out front in public dialogue.

It's also important to help the public understand the benefits of scientific research, as well as raising awareness of scientific investigations and breakthroughs.

For climate change to be on the map, the president has to take more of a lead to stress that it's an important issue and show how science applies directly to people's lives.

Climate change can be overwhelming, but a conversation about technology, research, and science can generate excitement and positive morale about the future. 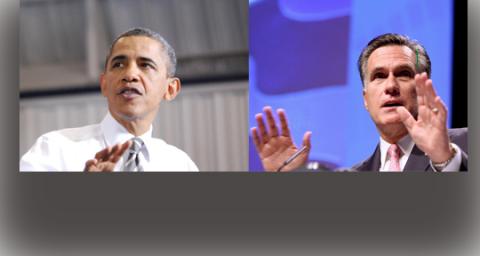 AUDIO Why Science is a Non-Issue in the Election Again.mp3