Sierra Club’s newest campaign Ready for 100 encourages people to tell their Mayors that it’s time to set the goal and work towards 100% clean energy. The City/County level is where the real action is happening these days on climate solutions, and 100% clean energy is a great goal for several reasons. As Sierra Club outlines in their accompanying report with case studies, clean energy is great because it keeps money local through cost savings for residents and government, creates local jobs and investment, and reduces pollution benefiting people’s health.

The number of co-benefits from having 100% clean energy means that it is appealing across political partisan lines, and saving the planet from climate change doesn’t even need to be your number one priority! For example, the City of San Diego is aiming to have 100% clean energy by 2035, making them the first large city in the U.S. to commit to legally binding clean energy targets. The interesting part is that they’re doing it with bipartisan support in council and with a Republican Mayor who is interested in building a more prosperous future for the city.

Similarly, Georgetown, TX in the heart of oil country has committed to 100% clean energy by 2017 because they don’t want fossil fuel electricity using precious water in a drought-prone area. Clean energy was an easy decision for political leaders looking for cheap, stable and drought tolerant energy sources.

At the Ready for 100 campaign website, people can enter their zip code and see how their city ranks across the U.S. for clean energy, send a message to their Mayor calling for a commitment to 100% clean energy and also read about the campaigns started by students, communities and others to make the pledge for 100% clean energy.

The future is looking bright, and for many communities it’s already here. 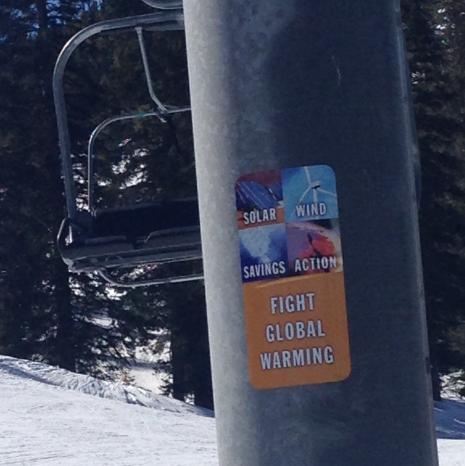