This report by Climate Council describes the nature of Australia’s rural communities and the general challenges they face.

Australia’s environment is complex and unique; climate change in poses a great threat to its rural communities including challenges such as health, livability, productivity and sustainability. Adapting to the impacts of a changing climate, the variables and limits create barriers to transitioning to a low carbon and sustainable economy.

o   Australia recorded its hottest ever October in 2015, 2.89°C above the long-term average. Researchers found that global warming increased the chance of these record-breaking temperatures by a factor of at least six.

o   Approximately 50% of all profits from Australian agriculture derive from irrigated production due to a decline in rainfall during winter months.

o   Renewable energy projects bring jobs and investment into rural and regional communities. Delivering half of the electricity from renewable sources by 2050 would create more than 28,000 jobs.

o     In Australia, rural areas receive around 30 - 40% of the total investment in renewables, valued at $1-2 billion per year. 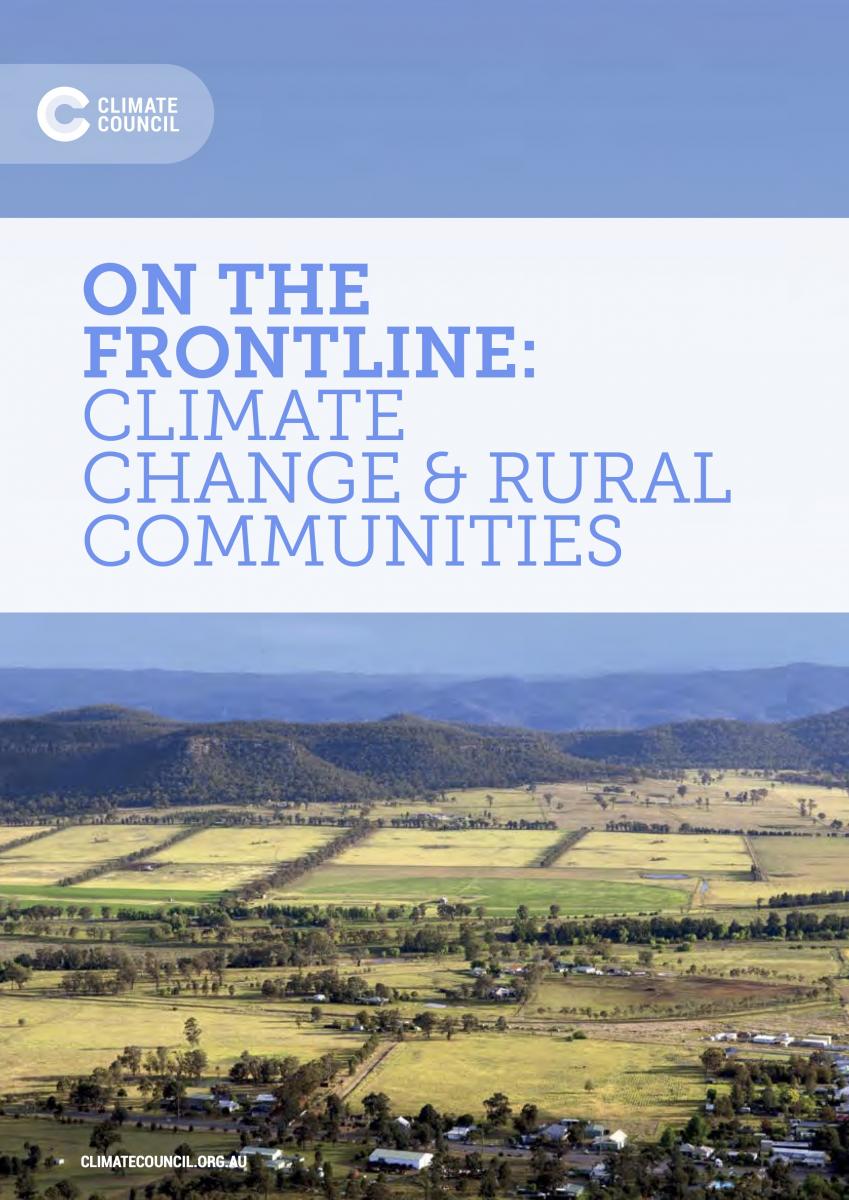