A recent surge of interest in the environment has increased public engagement amongst Catholics and Christians. Six months after Pope Francis’ letter to the Catholic Church and his subsequent visit to America, a global conversation has been sparked about environmental awareness. He made a moral call to action for people and the nations to consider implications of climate change.

The study found that a majority of Americans, Christians and non -Christians trust Pope Francis as a source of information on climate change and as a result people have become more concerned about the environment.

• More than 6 in 10 Americans (62%) trust the Pope as a source of information about global warming.

• Many Americans (17%) and Catholics (35%) say the Pope’s position on global warming has influenced their views about the issue.

Of those Americans who say they've been influenced, half (50%) say the Pope’s position on global warming made them more concerned about global warming,

Few Americans Say Their Views on Global Warming Have Changed 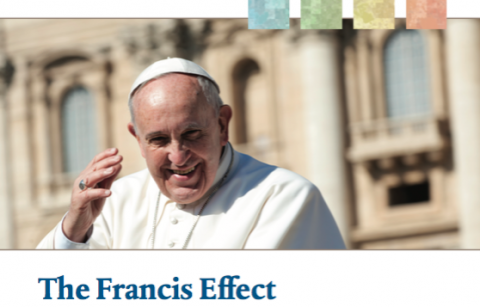