Climate Access is piloting innovative climate communications and engagement approaches in the field.

We collaborate with clients and partners across sectors, including nonprofit organizations, government agencies and academic institutions to test new approaches and develop cutting-edge outreach strategies tailored to specific contexts and regions.

Visualizing climate impacts and solutions
One of the key barriers to action on climate change is that risks don’t seem immediate and urgent to most people. Climate Access is using cutting-edge technology, scientific data and innovative engagement techniques to bring sea level rise data to life, enabling community members to be part of decision making processes to prepare for climate impacts and build stronger, more resilient communities. 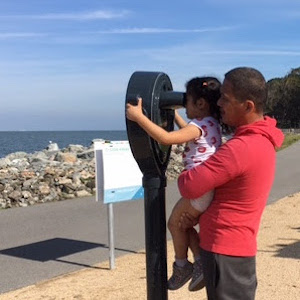 In the early stages of environmental education, hands-on experiences are critical. In 2015, Climate Access installed OWL viewfinders - a device modeled after the classic coin-operated binoculars commonly found at scenic viewpoints - along a multi-use pathway in Marin County, CA. The viewfinders were modernized with 3D visualizations of climate projection data that allowed passersby to understand how familiar places are being affected by climate change, bringing these impacts closer to home and motivating people to get involved in preparing for and reducing the risks of sea level rise. 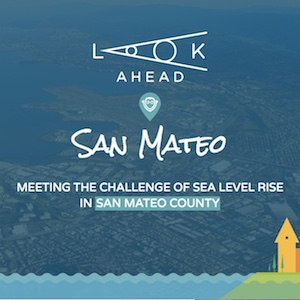 In 2016, two additional OWL digital viewfinders were installed at Coyote Point Recreation Area in San Mateo County, CA, offering visitors a 360-degree view of the current and expected impacts of sea level rise, as well as planned and future possible responses. Those who engaged with the viewfinders are asked questions gauging their interest in the issue and willingness to engage further in the public process. San Mateo’s shoreline is particularly vulnerable to sea level rise and the public’s reaction and involvement will help guide long-term resilience strategies.

Climate Access launched the third version of its climate visualization projects with Look Ahead - San Francisco, a new mobile app utilizing virtual reality technology to provide a more immersive window into sea-level rise impacts and solutions.  The app is available for download on the App Store and Google Play.

The six-month official campaign ran from December 2017 through May 2018.

Look Ahead - San Francisco is a departure from the Marin and San Mateo models.  The switch to a mobile app platform offered the flexibility to reach more people and provide a higher quality visual and engagement experience.

The app enables local residents to experience potential impacts of sea-level rise and possible responses to reduce risks and cut carbon via 360° virtual reality experiences at three sites - the Embarcadero, Mission Creek, and Heron’s Head. The app includes interactive icons with climate facts and polling questions to gauge opinion, and makes it easy to sign up for more information, attend city events, and take steps to reduce risks and cut the carbon emissions driving climate change.  Another project goal was to engage people who do not typically follow climate and environmental issues as well as communities whose voices are often underrepresented in climate planning and decision-making.

- Two local TV stations covered the December launch event, and we had short clip that aired featuring our executive director Cara Pike on CBS news.
- Distributed 5,000 free Look Ahead-branded, Google Cardboard goggles to facilitate the immersive experience.
- The app was featured in VR showcases at the San Francisco Green Film Festival and the Transitions Film Festival in Australia.
- We participated in the March for Science-SF in Oakland and hosted a "Science Saturdays" event at the EcoCenter at Heron's Head in April.

The project was made possible through a partnership between Climate Access and the City of San Francisco, with visualizations designed by TACTIC and funding from FEMA Region IX.