In the United States, urban communities of color are disproportionately affected by climate change impacts and pollution, but are not given equal space at the table to negotiate and provide solutions. This inequity is something Reverend Lennox Yearwood of the Hip Hop Caucus wants to change through the People’s Climate Music Act on Climate bus tour.

The People’s Climate Music tour began in New Orleans, Louisiana on the anniversary of Hurricane Katrina (August 29th) and finished in Tempe, Arizona on September 27th stopping along the way in at-risk and underserved communities of color to connect the dots between fossil fuel energy, the health implications of living in polluted areas, climate change impacts. 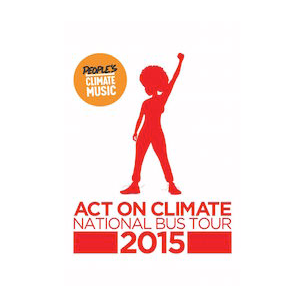