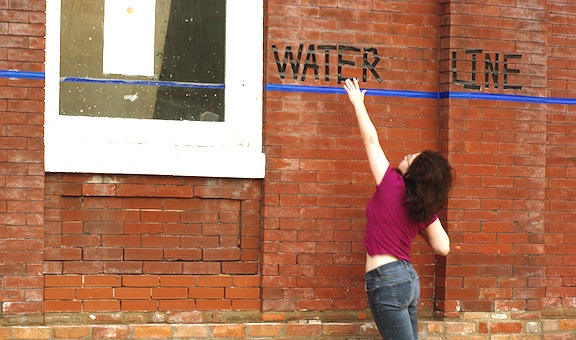 Scientists have been raising the alarm over climate change for more than two decades. In recent years, the military and other disciplines have joined scientists in emphasizing to policy-makers and the public that climate change will be a societal game-changer. Nevertheless, the gap between assessments of climate risk and actual climate risk management has grown into a veritable chasm. That can only mean that many decision-makers have not yet accepted the need to close that chasm.

To make that decision, decision-makers need to be able to affirmatively answer the two critical questions underlying behavioral change around climate risk:[1]

There are plenty of increasingly well-understood economic, political, and psychological barriers to managing climate risk, including:

Referencing these and other barriers, Margaret Heffernan notes in her 2011 book “Willful Blindness”:

“[I]n failing to confront the greatest challenge of our age – climate change – all the forces of willful blindness come together, like synchronized swimmers in a spectacular water ballet.”

The existence of substantial barriers to climate risk management, and our susceptibility to willful blindness when it comes to a problem with the characteristics of climate change, does not mean we should give up on closing the risk/risk management gap.  What it does mean is that we have to be very conscious of the different communication needs of decision-makers, since obviously the one-size-fits-all message out of the scientific community has not been effective.

We suggest that there are three primary categories of decision-makers when it comes to answering the “is it worth it/can I do it” questions. Each requires different climate risk information.

Confirm: A growing number of decision-makers either already accept the existence of climate risk or are predisposed to answer the “is it worth it/can I do it” questions affirmatively. These decision-makers may need support to confirm their assessment, e.g. help quantifying the materiality of climate risks for their operations and their supply chains, and help developing risk management strategies (whether mitigation- or adaptation-based) that work for their situation.

Change: A slowly shrinking — but still very influential group of decision-makers — have answered “no” to the “is it worth it/can I do it” questions.  These decision-makers might be influenced, however, by understanding how aggressively external interest groups are working to change their risk environment from the inside (shareholder and investor activism) and from the outside (consumer- and politically based initiatives), thus creating material risk where it might not have existed before. There are many such initiatives, including:

Getting the Risk Message Right

Most efforts to communicate the risks of climate change have simply not incorporated the right approach to discussing risk. Much of the scientific discussion around climate change, for example, focuses on what scientists are willing to say with high confidence. When we talk about sea level rise, for example, the discussion focuses on 1-3 feet of sea level rise by 2100.  When we talk about average global temperatures, the discussion focuses on 2°C of global average change.  But the real risk is elsewhere. What if we were to see 6 feet or even 10 feet of sea level rise this century (resulting from changes to the Greenland and Antarctic ice packs that may be unlikely but for which we have historical precedent). What if we are grappling with 4°C or 6ºC by the end of the century, levels of change likely to result in catastrophic impacts, due to the workings of positive feedback loops (e.g. methane emissions from the permafrost and seabed), or because we underestimated the sensitivity of the climate system to climate forcing.  Although these are not considered the most likely future outcomes, they are certainly possible outcomes, and they carry with them by far the highest level of risk. For the same reason that we buy fire, health, and auto insurance against statistically small probabilities of fire, health, or auto disasters, we have to incorporate these low-probability but very high-consequence events into our risk thinking, and we have not done so at all effectively to date. Getting the risk message right can have an enormous impact on decision-makers in all three categories.

In recent years, we have increasingly realized the differences in the interests and perspectives of different decision-makers, and why risk communication messages have to be adapted for purpose, delivering the right risk message to the right decision-maker at the right time. The typical 25-slide PPT deck may reflect the presenter’s own perspective on the “is it worth it” or “can I do it” questions, but it’s unlikely to do the same for the audience.  It’s time to change that.

[1] For an extensive discussion of the underpinnings of behavioral change, see Patterson et al (2013), Influencer: The Power to Change Anything.