Lessons from the Field: Responding to the Paris Agreement Exit

We asked climate leaders across the country to tell us how climate communicators can help people maintain hope and momentum for climate solutions in the wake of Trump’s announcement to withdraw from the Paris Agreement. Here’s what they had to say: 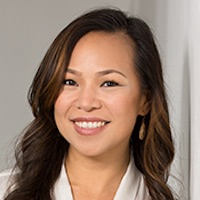 Vien Truong, Director
Green for All

It’s easy to lose hope when climate deniers have taken over our national government and reneged on our commitment to global leadership on climate change. But Trump’s exit from the Paris Agreement doesn’t preclude activists from taking up the fight; it incentivizes us.
With continued rollbacks of key environmental protections, communities, urban and rural alike, cannot afford to waiver when it comes to climate action. That is why Green For All, with the support of our members, will continue fight against climate change on the state and local level, both inside and outside of government.
We released a legislator toolkit earlier this year to help lawmakers pass laws that support disadvantaged communities and displaced workers should a state choose carbon pricing as part of its plan to transition to a clean energy economy. We’re continuing our work in California, implementing SB 535 to drive more investments into communities hurt first and worst by climate change. In the coming months, we’ll continue to protect and defend families on the frontlines of pollution, whether it’s fighting back against efforts to gut the Environmental Protection Agency, raising funds to #FixThePipes in Flint, or moving carbon-pricing legislation in state assemblies. We can win -- we have to; our kids’ lives depend on it. 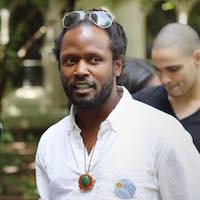 The Buddha taught us to deal with that which is right in front of us. The co-founder of my organization, Naomi Klein, wrote in a recent Intercept piece, everything that was lobbied for and won by the United States’ federal government contributed to the relative anemia of the Paris climate accord. At Leap.org, we are not communicating the withdrawal as a cause for alarm – the accord was never going to save the world from impending climate calamity after all. As such, we are communicating the withdrawal as an opportunity to deal with and address the situation as it exists in front of us, not behind us.

We have, or should have, already anticipated this moment. Nothing Donald Trump has done should come as a shock - he literally told us his plans throughout his campaign. But even if he hadn’t, it was already clear that our best chance to address the climate emergency would be to furnish and fortify local struggles for local reform. That’s why it’s refreshing to see the responses of so many Governors, Mayors, City Councils and other local actors.

And the best part about working at the local level is that it increases opportunity to exercise intersectionality rather than just pronounce it. It forces us to see all instances of injustice that are right in front of us. Climate change is nothing more than a system of oppression fueled by myriad forms of injustice, and, therefore, climate justice cannot be addressed without addressing all forms of injustice simultaneously. This “movement” for too long has treated “intersectional” as a buzz word that lacks praxis. But dealing with climate change at the local level compels us to make a choice between a climate “movement” or a MASS movement that aims to ensure none are left behind while encompassing justice for all struglles. At the Leap, we look forward to working with and fostering local struggles that demonstrate a willingness to utilize innovative and radical tactics to confront radical forms of oppression –  because at this juncture, incrementalism simply won’t prove efficacious. 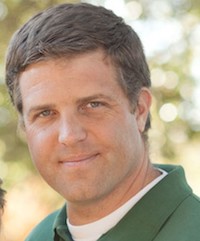 As has been the case with much of the backwards movement from the Trump administration, withdrawal from the Paris agreement represents a powerful – if regrettable -- opportunity to mobilize support for state and local action.  American voters overwhelmingly wanted their country to continue its participation in Paris, and are dismayed at the President’s decision.  But our research has shown the President’s action is redoubling voters’ commitment to having their state and local governments strengthen their commitment to reducing carbon pollution, promoting the use of clean energy, and increasing energy efficiency.  This is particularly true on the progressive left, but is also true in the broad center of the electorate – though perhaps not among the 35 to 40% who make up the core of Trump’s political base.  Communicators can build on this feeling: withdrawal from Paris should not be seen as a defeat for progress on climate, but as an urgent call to mobilize for more local action. 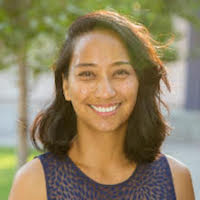 Trump’s decision to pull the United States from the Paris Agreement cannot stop the momentum in California. Our state is setting a model with our ambitious clean energy and greenhouse gas reduction targets and CEJA is working to ensure we pass equitable climate policies to achieve those goals. As we lift up the voices of frontline communities, the next phase of California’s leadership and innovation is making sure equity and environmental justice is at the center of climate policy. California’s global climate leadership starts at home and our most vulnerable communities must not be left behind.

CEJA is hosting a series of regional town halls across California to give our members the opportunity to engage with their legislators on the issues that matter to them from climate change to housing rights to immigration. Through these events, we are educating residents about policies that will transition our state away from fossil fuels and improve local air quality by ensuring polluters directly reduce toxic emissions and pay a fair price for their environmental and economic impacts. We are leading the resistance and remain committed to seeing the most effective and equitable climate policies possible to address the climate change and air quality crises in environmental justice communities. 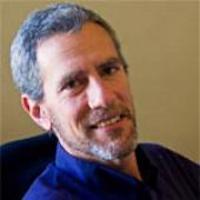 It was true before and it’s painfully clear now:  the path to climate solutions in this country will be blazed by American people, not the President.

Trump’s retreat from world leadership is an act of desperate insecurity.  The pathetic “tell” in his statement is typical:  “We don’t want other countries and other leaders to laugh at us anymore.”
But let’s not get too nostalgic about U.S. climate leadership pre-Trump.  The U.S. was the lone holdout when Kyoto took effect in 2005.  The U.S. stunk it up in Copenhagen, having failed to move a climate bill through Congress when the President had majorities in both houses.  And while President Obama did grind out some progress in his second term, this nation’s climate response was far too weak before Trump.

What did eventually inspire President Obama to meaningful action was you.  It was state and local leadership.  It was relentless opposition to the Keystone XL pipeline, and virtually every fossil fuel infrastructure proposal thereafter.  It was the launch of the clean energy revolution.  It was the irresistible truth and strength at the core of the rising movement for climate justice.
President Obama didn’t lead that.  He followed that.  He followed you.

Trump will kick harder and scream louder.  But he too will be compelled to yield to the historic force of the climate movement, and to the physical reality of the escalating climate crisis.  That force is stronger and more focused now, with a flailing President to brand our opposition, and a brutal reminder of what we always knew:  This revolution is on us. 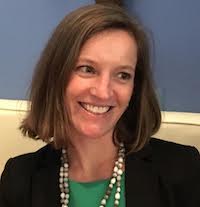 The announcement that the US would be leaving the Paris Agreement sparked outrage and sadness across the country and around the world. Yet we have many reasons to maintain hope and momentum for climate solutions that we should communicate to Americans. Globally, other countries are filling the leadership void left by the US – for example, China is investing over $360 billion in renewables in the next three years, India is building the world’s largest solar array, and the six non-US countries in the G7 have reaffirmed their commitment to implementing the agreement. Domestically, municipalities, businesses, and states are making the transition to 100 percent renewable energy regardless of what’s happening at the federal level, and many business leaders are publicly advocating for and embracing renewables. Looking at public opinion, the majority of citizens around the country support the Paris Agreement and what it stands for: shifting to clean energy, and reducing emissions — many of these citizens are taking action by participating in town halls, meeting with community and business leaders to advocate for and implement clean energy solutions, and much more. In short, the White House’s decision is disappointing, but with so much support for climate solutions at non-federal levels, it will not stop our progress. 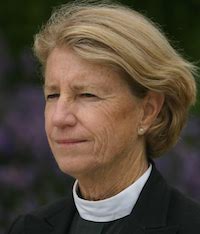 At IPL we have agreed to continue to cut our emissions as much as we can and many people (5500 of them have taken our Paris Pledge. They have committed to cutting emissions 50% by 2030 and to be carbon neutral by 2050. We will continue to collect signers and provide hope as thousands take the pledge. We will show that people of faith are not giving up and in fact will increase their emission reductions. We do not respect or reflect the values of our current administration, but rather religious values that come from God. 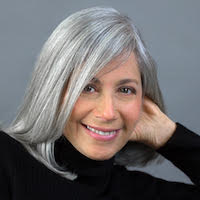 Trump’s decision to pull out of the historic agreement made crystal clear that this administration puts polluter profits over people, especially the most at risk – children, the elderly, vulnerable communities – who already suffer disproportionately from the disastrous effects of climate change.

So we’re not telling our members that climate leadership will come from the White House. Instead, we’re sharing hopeful stories about true climate leaders – mayors (more than 200 across the nation!), governors, business owners, state leaders, ranchers, farmers, insurers, teachers, parents and others – who understand the urgent need to address climate change now. These are the leaders who will fulfill the goals of the Paris agreement. We’re asking our members to take the “I Am Still In” pledge to renew the commitment to fight climate with us.

We’ll continue to activate our parent community with educative and fun events, like our Play-In for Climate Action in DC on July 13th. This is a family-friendly protest against the air pollution that causes climate change. As the temperatures and sea levels rise, we’ll add our support for slashing carbon emissions from power plants and methane emissions from oil and gas operations. And we will call for a renewable energy future.

Moms Clean Air Force is hopeful as we stand with nations, states, counties, cities, and individuals committed to taking action to curb climate pollution now, and to work towards creating a stable climate for future generations." 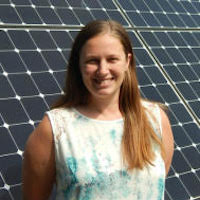 We at SACE were very disappointed that President Trump pulled our country out of the Paris Agreement, especially since the Southeast is already feeling the impacts to climate change. As the news broke, SACE published a blog, explaining our commitment to moving forward on climate action.The morning after we emailed our blog along with an encouraging note to support SACE as we continue to push for climate solutions in the Southeast. Since last week, we've also been tracking the incredible momentum behind state and local leaders, businesses and academia publicly stating their commitment to the Paris Agreement. We know our work is not going slow down and we're more motivated than ever to keep pushing for climate solutions. Trump's short-sighted decision just might kick off the clean energy revolution we've been fighting for over 30 years!