Keeping Cool in a Changed Climate When I was in high school, my cousins visited from Canada one summer. They were really excited to go to the beach to experience a real Australian summer, and were not put off the idea when we informed them that the forecast temperature for the day of 40oC (104F) was going to be too hot for lying on the sand. 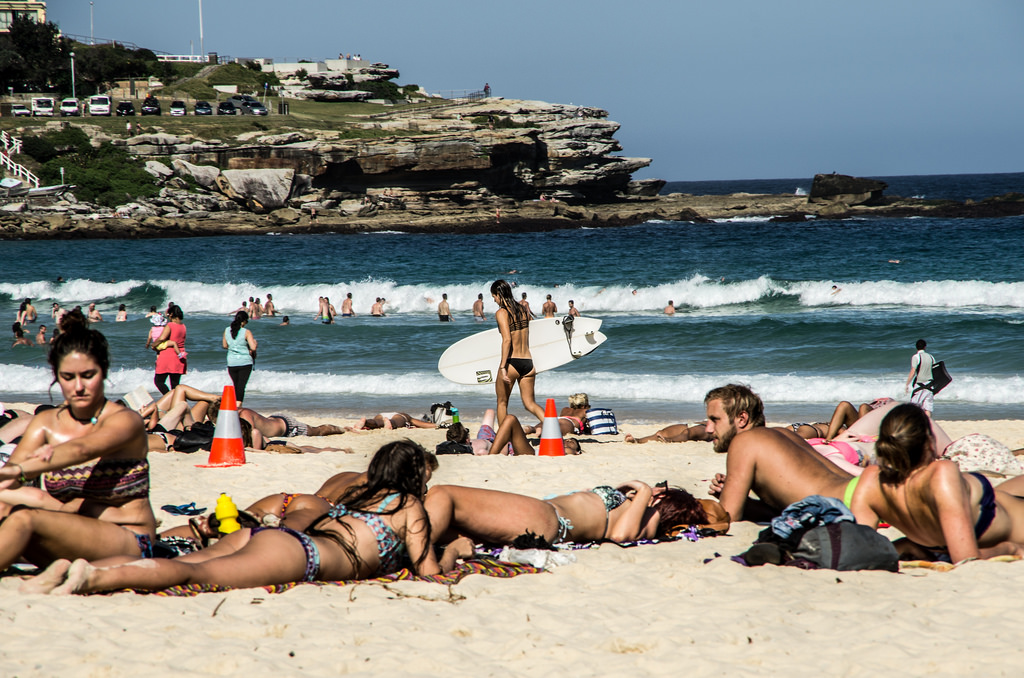 When we arrived at the local city beach and stepped onto the seawall to feel the heat radiating off the concrete like an oven and sand that was so hot you couldn’t walk on it with bare feet without burning them, I think they finally got it.

Preparing for and dealing with hot weather and heatwaves is something I grew up with in Australia and is seen as part of the national psyche (I still giggle when Canadians consider temperatures above 25oC (80F) a ‘heatwave’). However, it’s a skillset that people who are more used to shoveling snow in winter are going to need to develop as our climate continues changing.

Especially in places that have traditionally had colder winters, and therefore better insulated houses, the most important thing is making sure your house or apartment doesn’t get overheated in the first place, by keeping all the blinds down during the day and avoiding heat-creating things like using your oven. Once the sun goes down, open everything up and get some fresh air in (but keep your screen door closed to keep the mosquitoes and flies out).

Change your schedule around if you can – there’s an old saying in Australia that comes from a Sir Noel Coward song that only mad dogs and Englishmen go out in the midday sun, and in a heatwave, it’s true. Go for a run at 6am before it gets hot, do your gardening after dinner, and for the love of water restrictions, do your watering then too.

If you can’t change your schedule – stay hydrated. I had the misfortune of doing my final exam in the non-air conditioned (but beautiful) Old Arts Hall at Melbourne University in the middle of the 2009 Melbourne heatwave. This was the heatwave where it was above 43oC (110F) for three days straight and led to some of the worst bushfires Australia has ever seen. The day of my exam it was 46oC (115F) and there is legitimately no way to keep cool gracefully under those conditions. A 2 Litre block of frozen water bottle that slowly melted during the exam was the only thing that kept me sane through three hours of Biochemistry.

It goes without saying that sticking to shaded areas with more trees (nature’s air conditioner!) is a great idea, although in many urban areas that isn’t possible and sometimes your best bet is to stay indoors during the hottest part of the day.
While temperatures above 40oC (104F) are still really extreme for most parts of North America (and especially Canada), some parts of the Southwest United States are already experiencing similar summer heatwaves, and with climate change there will only be more heatwaves and summer extremes to come.

In the same way that it’s more effective to prevent your apartment heating up in the first place, it’s also more effective to make sure our planet doesn’t heat up any more so that we can avoid the really extreme climate impacts. Beyond the collective first step of being sure to vote on climate (it’s an election year in both Australia and the U.S. this year), there are many options for taking scalable steps on climate like switching to green electricity, rebates for purchasing hybrid or EV cars, not to mention my personal favourite of carshare membership which avoids the hassle of owning a car.

So this summer, make sure you look out for yourself, your neighbours, our planet, and do your best to keep cool in the heat.