How the Public Perceives the Risks of Climate Change: Interview with Paul Slovic 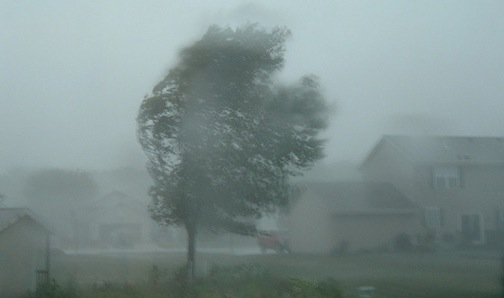 To complement the Climate Access virtual roundtable on the unprecedented risk of climate change, we want to share some of what the research community knows about how the public perceives climate risk, so earlier this week I interviewed University of Oregon psychology professor Paul Slovic.

According to Slovic, founder of Decision Research and co-editor of The Irrational Economist: Making Decisions in a Dangerous World, perceived risk is something that can be measured; it can explain things such as how some teenagers take up smoking despite knowing the risks. He says that with climate change, there are certain characteristics that make it particularly hard to deal with. “It’s a diffuse threat, both geographically and time-wise. It’s got many different components to it; it’s not any one thing. And the effects are not necessarily visible to us; science can track effects but what the average individual sees is that it’s not the sort of threat that is immediately evident.”

Slovic says that research on risk perception shows that another thing that leads people to underestimate the risk of climate change is that it’s a hazard of nature. “We’re very tolerant of what nature might do to us. There are millions of people living in very dangerous areas subject to natural disasters--earthquakes, hurricanes, tornadoes or flooding--and when they get hit by the disaster, they rebuild on the same spot.” He contrasts this to how people are quite intolerant and skittish about exposures to radiation and small amounts of chemicals—in the air, food and water—that may be carcinogenic.

Speaking of size, the scale of the many different potential consequences also presents a challenge. According to Slovic: “This makes it difficult to relate to because we don’t relate to any single individual that’s threatened. The research that my colleagues and I do shows that the individual is preeminent, that we do a lot to protect the individuals at risk or even individual animals that come to our attention. But when there are thousands or millions at risk, we kind of numb over.”

Slovic explains that this is due in part to psychic numbing, which is the insensitivity in our feelings to problems that are large in scale. This can take two forms. Psychophysical numbing happens when people start out caring a lot, but care less and less with each additional consequence such as a fatality. “It’s a non-linear kind of thing so that’s pretty bad because the value decreases as the magnitude increases,” he says. Even worse, according to Slovic, is the second form of numbing, collapsed function of value, where at some large number, people no longer are able to visualize the human beings—or animals—behind the number. “When it becomes emotionless, you’re not motivated to do anything about it; you’re completely numb.”

This is unfortunate, Slovic says, because emotion and feelings are very central to how people respond to risk. “Usually we respond with our gut feelings, but climate change has characteristics that don’t arouse strong feelings of fear. Climate change is kind of subtle; it sneaks up on you. It is known to us in terms of scientific evidence, but that’s not exactly the kind of thing that speaks to our feelings.”

He does note one exception. When it comes to psychic numbing, people who profess to be environmentalists are—unlike the rest of the public—able to maintain their level of concern when numbers are large. "That’s because they’re not operating on their gut feeling about it; they’ve thought about this issue and recognize that the scale of the problem is important and they are not numbed by a large number of animals at risk.”

This in part has to do with the issue of cultural cognition, the idea that a person’s worldview matters more than a person’s demographics. Slovic explains how a colleague (Dan Kahan) has identified four basic worldviews—that are not mutually exclusive—held by Americans: Hierarchical (“people on top running the show and those below subservient to leaders”); Egalitarianism (“wealth and power should be uniformly distributed”); Individualism (“people should be free to pursue their own end”); and Communitarianism (“welfare of society is more important than welfare of the individual”).

“When people hold those views, they hang out with other people who share those views, listen to news programs that support those views and don’t listen to those that challenge their views,” Slovic says. “If scientific evidence comes up that challenges something that threatens their worldview, they dismiss it or denigrate it in some way.”

He explains that Individualists simply won’t believe that climate change is real or important if it calls for regulations that might impede ability of individuals to do what they want to do, and that Hierarchicalists won’t believe in climate change if it represents a threat to the large-scale industries that they believe in, and are often involved with. As a result, scientific information just won’t penetrate, he says. “The believers will take it in, but of course they’re already convinced. The skeptics will either not pay attention to it or they will spin it in such a way that they won’t have to take it seriously.”

Another thing that Slovic says that many people need before they will take action is a sense of efficacy; a moral call to action won’t do it alone. “People have to have a sense that if they do something that it will make a difference. You can adopt certain behaviors that are good in regard to climate issues, but you won’t see any direct effect on that on the giant problem of climate change. You have to take it on faith that what you’re doing is morally correct; you won’t get much reinforcement from that other than your own internal satisfaction that you’re doing the right the thing—and that’s a weak motivator.”

Slovic has done a lot of work on risk perception relating to genocide, where unfortunately strong moral values for human life are frequently not enough to lead people to act in the face of incredible atrocities, and this leads him to conclude: “If moral people don’t act in face of clear atrocities like that, I don’t think their morals are going to lead them to act against a diffuse threat such as climate change.”

Even when people do act, there is the problem of single action bias where once people do one thing they feel better and think that they’ve done all they could, even though they haven’t. And as Slovic notes, “That’s a potential obstacle, but that takes place at the level of once people take a single action, when for many people we’re not even at that point yet.”

To make headway, Slovic says that it’s important to communicate with people’s worldviews in mind, to think of a climate action that would also be consistent with someone’s worldview. Also, Slovic recommends using a communicator who shares that worldview. He points to a study by Kahan that showed how the same message given by four different types of people evoked different responses, with people more willing to respond when the communicator is like them.

He recommends that climate communicators not assume that people will interpret information the way you think they should. “All these factors—the cultural cognition, the numbing and efficacy—are all barriers to action and ultimately what is needed to make a difference is strong leadership and action from the top down....It’s incumbent upon government and industry to make it easy and affordable to do the right thing....There’s enough knowledge and concern out there that it’s not so much about communicating to convince people that climate change is real and that they should do something, it’s making it easy to do it.”

If not, Slovic warns that people won’t feel compelled to deal with it until it’s clearly on their doorsteps. “Ultimately the things we do that threaten the planet are things that bring us pleasure and make our lives more comfortable and more convenient. People are not going to give that up in pursuit of some distant diffuse goal unless we’re really right in crisis stage.”

For more information about climate risk communications, see our resource collection on the topic.

Photo used under Creative Commons from bcmom on flickr.