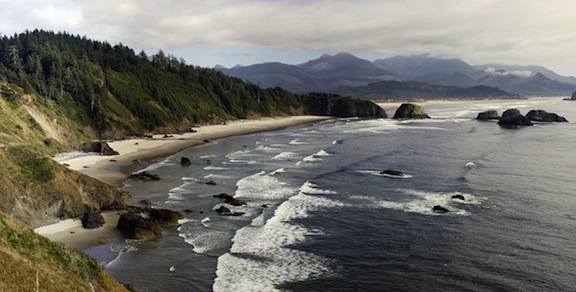 On Monday October 28th, leaders from the Pacific Coast Collaborative (British Columbia, Washington, Oregon and California) announced a continued commitment to work together to foster a prosperous green economy. Why does this matter? Together, these three states and one province are the world’s fifth-largest economy; a low-carbon transition will have an impact.

The Pacific Coast Collaborative was created in 2008 “to address the unique and shared circumstances of the Pacific coastal areas and jurisdictions in North America by providing a framework for co-operative action, a forum for leadership and the sharing of information on best practices, and a common voice on issues facing coastal and Pacific jurisdictions." The commitment announced last week is to moving forward with an Action Plan that includes:

​
Why is this important?

At a very basic level, it communicates that governments still care about the issue. Additionally, we are being practical in the sense that climate change doesn't respect political boundaries. To be successful, we must work across them where it makes sense.

We know that political commitment is an essential element for broader societal change. Businesses and individuals need signals that government is going to continue to invest and regulate in a particular direction. A drive towards innovation, clean energy, technology and climate preparedness is a clear message from the PCC, and there are some good nuts and bolts to pay attention to in the plan.

What are the limitations?

This agreement is not legally binding. Governments have the ability to change direction, especially from one election cycle to the next.

The worst-case scenario is that the governments alone hold themselves accountable to the agreement. Fortunately, business leaders and environmental organizations are engaged in the Pacific Coast Collaborative process as well. As the news release indicates, leaders were "flanked by supportive business and labor leaders." This is key, and it needs to continue in earnest.

All concerned parties--citizens, business, non-profits, local governments, First Nations--have a stake in seeing this action plan come to fruition. But at what level should they be engaged?

For the average climate concerned person, it is likely enough to know that BC, Washington state, Oregon and California are climate action buddies. It should appear that we've got each other’s backs and are holding hands as a united front in the fight against climate change and for resilient society. When one jurisdiction acts, the others are paying attention. We all understand the principles of peer pressure/support, and most people will not venture to think any deeper than this.

Following this, as the actively engaged work to advance low-carbon and climate adaptation policy, it will be helpful to reference this handholding. Communicate the norm (and broader vision), foster collaboration (best practices) and celebrate the wins. Don't be shy about reaching out across the border! The precedent is set.

For those less-climate-concerned folks, the PCC is very intentional about illustrating the broader vision of a prosperous West Coast economy. Green activity is new activity (jobs) and it is resource conservative.

In summation, the action plan is a "thing" to hang from. Strategists keen to align business and local government interests with state/provincial government on the sustainability file can and should make the most of it.

This last point is one I'd like to leave you with: what elements of this plan pertain to your work on climate change, and have you explored collaborative opportunities across the PCC?