The Earth Belongs to God – Let’s treat it that way 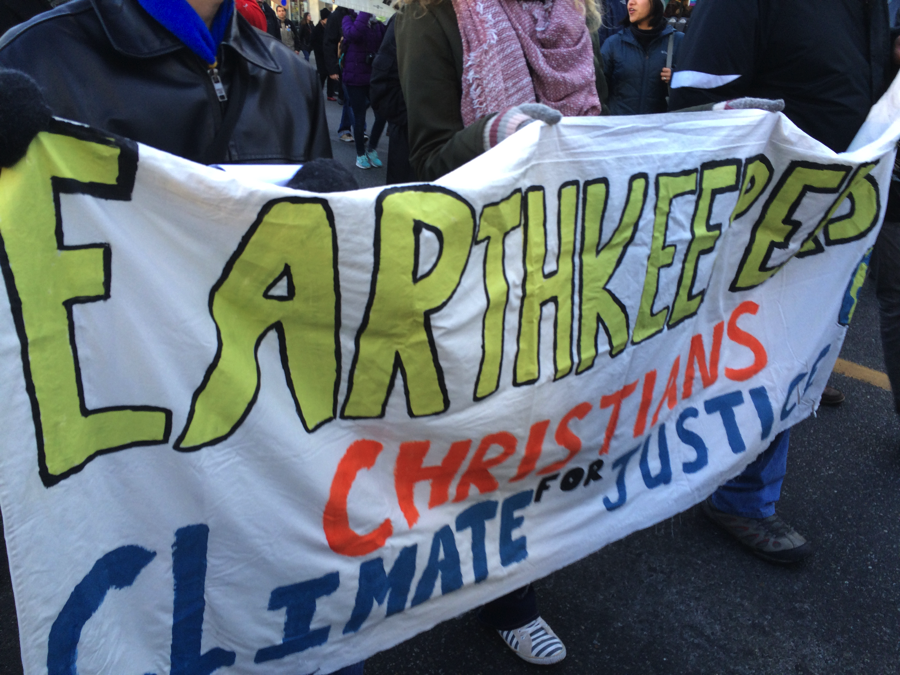 The role of faith groups as voices in the climate conversation has been encouraging over the last few years. From the increased profile of Dr. Katharine Hayhoe as a leading trusted evangelical voice on climate to the work of Interfaith Power and Light chapters across the U.S. and the Pope’s moral leadership on climate, the moral religious call for climate action grows stronger.

In Vancouver, BC this is being led by Earthkeepers: Christians for Climate Justice. Representing eight churches in the Lower Mainland, the group works with congregations to include creation care in the work that they do. Climate Access’ Amy Huva interviewed Earthkeepers member Nelson Lee, who said that the focus of the organization was on stewardship and creation care. He found Earthkeepers through church friends and people concerned about climate and realized that while his Christian community was really good at caring for and about people, churches often forgot about caring for land, air and water.

Through his work with Earthkeepers and his training with the Climate Reality Project, Nelson has worked to try and normalize the climate conversation within congregations through doing presentations on climate change or hosting film screenings like Naomi Klein’s film This Changes Everything with a discussion afterwards. He found that many people who attended the screenings were not aware of current climate impacts or the urgency of climate change.

After each of the screenings, Earthkeepers asked participants if they would be interested in hosting a climate presentation at their church, and they are now in the process of organizing at least ten climate presentations over the next six months in churches across Vancouver.

Once engaged on the urgency of climate action, Earthkeepers then leads parishioners towards other events and organizations where they can get more involved in climate advocacy and action. They have participated in local climate marches with the Earthkeepers banner, as well as taking part in events like Missions Fest – an annual gathering of Christian organizations in Vancouver, where they can promote responsibility for creation care and looking after the planet amongst other Christian groups. Earthkeepers at a climate march in Vancouver, BC

Earthkeepers aim to further leverage their influence through connecting parishioners with religious events and organizations like Fossil Free Faith, KAIROS Canada, Development and Peace and A Rocha Conservation and Hope. Locally, the Grandview Cavalry Baptist Church in Vancouver has a Caring for Nature program and Nelson’s church the First Baptist Church Vancouver regularly hosts events looking a climate justice, including their upcoming event ‘Welcome to my Table: Justice and the Hospitality of God’ on November 5th.

As the conversation about climate broadens outside of an environmental, scientific or political frame, more organizations are finding a role in framing responses and contributing to climate solutions, which is great news because as the 2014 People’s Climate March said: to change everything, we need everyone.