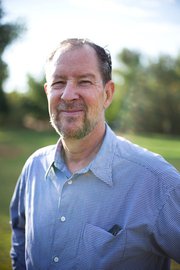 There's a dangerous meme drifting through the climate community: that when it comes to "solving" climate change, literacy does not matter. True, years of promoting filling the information deficit with more facts hasn’t worked, but the current “literacy bashing,” repeated in climate blogs and conversations, is unfortunate, oversimplified and, to be blunt, nonsense. Literacy, particularly about 21st century challenges such as climate and energy, does matter.

The media is, as is often the case, partly to blame. "Global warming skeptics as knowledgeable about science as climate change believers," read a recent headline from Fox News, reporting on a research paper by Dan Kahan and colleagues published in Nature Climate Change entitled: "The polarizing impact of science literacy and numeracy on perceived climate change risks." Mother Jones' conclusion about the study: "Why Science Education Won't Solve Our Climate Problems."

But a closer look at the study, particularly the part that generated much of the media attention, reveals that both of the deliberately polarized groups were essentially illiterate in terms of science and numeracy. When asked post-publication which group was more scientifically literate, Kahan responded on his blog "neither, as far as I can tell."

Too often researchers examining attitudes about climate change and the media reporting on them ignore or gloss over the depth of illiteracy, framing the problem solely or primarily as a cultural, ideological issue.

Paul Stern writes in a recent article in Nature Climate Change that "the lack of understanding at the individual level is not the problem," and "believing that public opinion reflects a knowledge deficit is naïve…" And in the same issue, Paul Bain and colleagues in Australia parse the debate into "deniers" and "believers," suggesting that deniers can be tricked to support enlightened climate policies by convincing them that mitigation efforts can promote a better society, downplaying climate change risks. "Don’t worry, be happy!" seems to be the take-home message of this approach, which the current U.S. Administration has tried, emphasizing Clean Energy and Green Jobs over risk reduction and preparation.

To be clear, information is not enough to develop policies, political will or technological solutions. But without current, accurate information, none of the above is possible. The fact that few people are literate about science in general and climate/energy in particular and, that in the absence of literacy, opinions, ideologies and psychological biases run riot, isn't a surprise.

A few data points to consider:

Where we went wrong

Climate education was, except in the rarified atmosphere of higher education, all but non-existent until 2009 when Congress authorized grants to improve climate literacy and climate change education became a presidential priority.  But federal funding is now dwindling, even as attempts to defund it altogether are promoted by members of Congress who dismiss climate change as a hoax.

Fifty years ago, climate change was part of science education materials. During the International Geophysical Year in 1958, the National Academies published science education materials for students — Planet Earth: The Mystery with 100,000 Clues — that acknowledged human carbon dioxide emissions from burning fossil fuels could, through the increased warming of the atmosphere, melt ice sheets and raise sea levels. Educational films and television programs at the time, including the Bell Science Hour, examined the potential impact of human activities on the natural greenhouse effect.

Then, for fifty years, the topic was usually missing altogether from science education materials. When it appeared at all, it was in passing, perhaps one or part of a chapter out of thirty in a textbook, a few days out of an entire semester. When National Science Education Standards were developed in the mid-1990s, human impacts on the climate system were deliberately not included (as was the topic of human evolution), kicking the can down the road with the claim that there wasn't sufficient data to say for certain. Sadly, this — along with deliberate efforts to mislead and muddy the waters with manufactured doubt — perpetuated the climate literacy deficit and contributed to our inability to have an adult conversation about climate change over the past decade and a half.

Today, when climate and related energy topics are taught at all, all too often they are taught as controversy, with "both sides" being presented due to pressure or misguided sense of fairness and balance. Climate change is happening. Or it's not. Humans are responsible. Or they're not. Decarbonizing our energy system will help. Or it will destroy the American way of unfettered free-market capitalism.

But usually, climate change is missing in action from science education, falling through curricular cracks or held hostage by the polarized political climate. Even science-literate students graduating from college may not have ever learned the basics of climate change or society's fossil-fuel-intensive energy infrastructure and its role in altering the climate system.

Some incremental progress has been made in the fast few years, progress that is now in jeopardy. In 2009, in an effort to establish a foundational framework to improve climate literacy, a group of us created the Climate Literacy initiative (and this year a companion Energy Literacy framework), which the Department of Energy led the development of, was released. Both are available through the US Global Change Research Program.

Now, with federal funding for climate and energy literacy spent out or threatened by Congress, private philanthropies that support climate policy and communications work need to step up to fill the breach and help improve society's basic literacy about the crucial 21st century challenges of energy and climate/global change.

Yes, we have an enormous collective climate literacy deficit, and addressing it is an integral and imperative communication and policy priority for the sake of this and future generations.

Mark McCaffrey is programs and policy director for the National Center for Science Education.