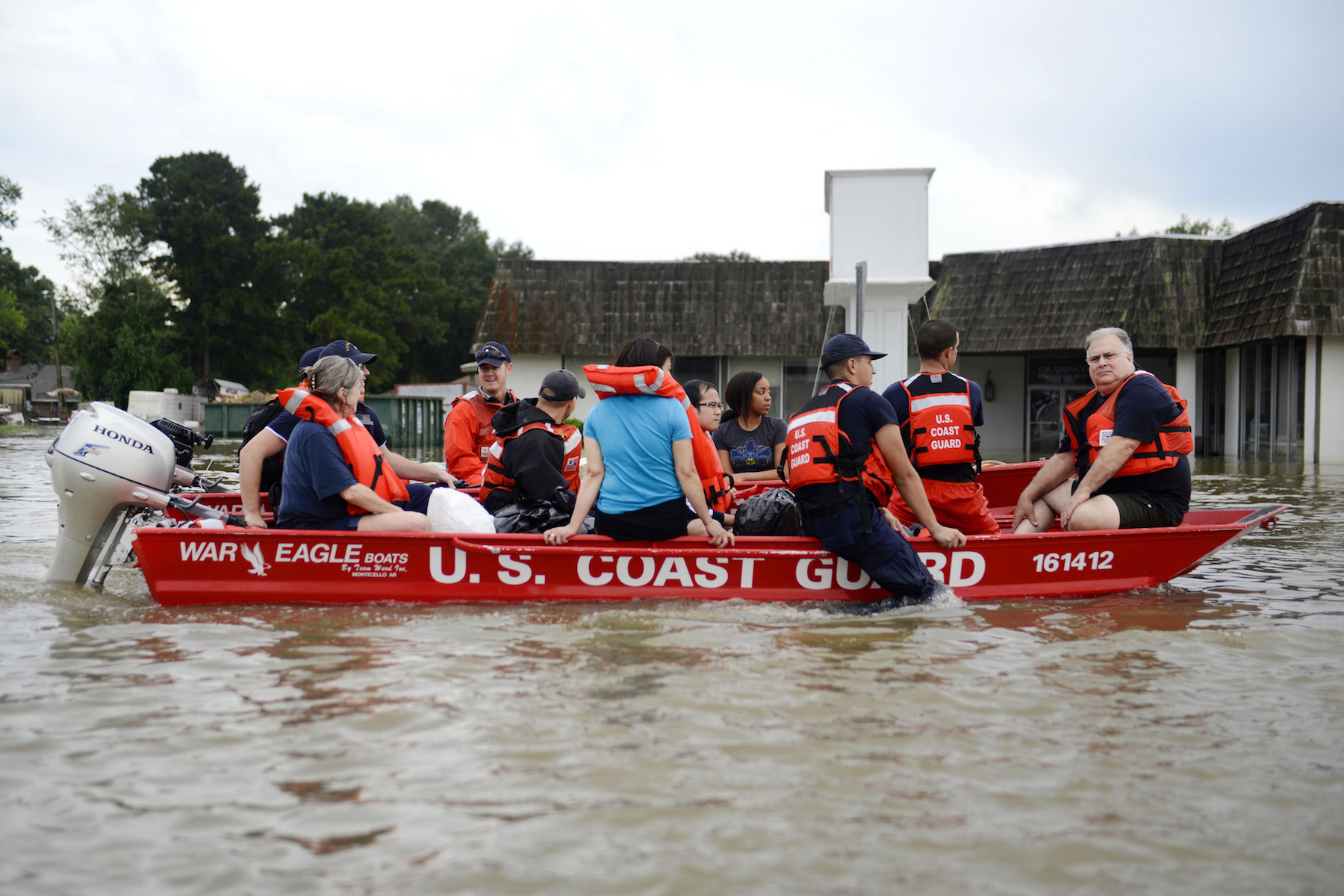 UPDATE: Louisianans are being reminded once again that climate disruption is happening here and now. In early August 2017, a state of emergency was declared in New Orleans as the combination of a severe deluge and failing drainage system led to flooded homes and businesses. Occurring almost a year to the day from 2016’s historic flooding in Baton Rouge - which displaced thousands of residents and was deemed the worst U.S. natural disaster since Superstorm Sandy - the precipitation event is part of a distressing pattern of more frequent and intense storms fueled by climate change.

For those personally affected by repeated storms, especially low-income neighborhoods and communities of color, climate impacts are not a far off concern, but a continual challenge. Local groups are using citizen science to engage residents in flood monitoring and identify solutions to New Orlean’s significant climate threats and infrastructure problems. Efforts are also underway to better understand how residents are responding to flood risks by building a community resilience learning collaborative and research network focused on under-resourced communities.

Thousands of Louisianians were displaced last week when record-breaking rainfall led to catastrophic flooding in the region. As extreme weather events become more common due to climate disruption, there is a heightened need to prepare and protect communities most at risk. I connected with Rae Breaux, Lead Climate Justice Organizer with People’s Action, about how the flooding is disproportionately affecting low-income communities and communities of color, and how climate communicators can ensure equity is at the heart of engagement efforts.

Meredith Herr: How did you get involved with climate justice work? Rae Breaux: I could go on and on about this, but to keep the story short: I've been organizing around climate change for over a decade. Coming from a low-income community, one that was systematically disinvested in and served as a sacrifice zone for the rich, I knew things had to change. Environmentalism is labeled as a white persons’ issue, and that is just not true. Seeing that the root cause of the environmental and climate crisis was a system driven by racism, classism, and patriarchy, I've been committed to developing intersectional, cross movement strategies around race, class, gender, and the systemic drivers of the climate crisis.

MH: What is your personal connection to the recent flooding and ongoing sea level rise in Louisiana?

RB: My family is from Louisiana. For various social and economic reasons, my grandparents moved to Los Angeles before starting a family, but even then walking into my grandmother’s house in Los Angeles was always like stepping back into the Bayou. I grew up with jumbalaya, gumbo, zydeco music, fried okra, and my grandmother scolding me in a southern accent. I grew up understanding how special Louisiana is. And right now we lose a football field size of land every hour in Louisiana. Sea level rise, storms and increased extreme weather mean we risk losing everything - all the rich culture and history - that Louisiana has to offer. And I see my relatives who fought hard to stay in the Bayou now losing everything to the water.

MH: Climate impacts are having a disproportionate effect on communities of color, low-income individuals, the elderly, and those with disabilities. How can climate communicators make sure equity and inclusion are at the heart of our framing and outreach efforts?

RB: Low-income communities and communities of color have been systemically disinvested from, leaving the impacts of climate change something that we are bearing the full brunt of. There are still communities along the eastern Atlantic seaboard that haven't rebuilt from Superstorm Sandy almost four years ago, when we know that Wall Street and Manhattan had power the very next day. We don’t have systems set up to evacuate, we don’t have systems set up to rebuild. We need to be connecting the dots from the pollutants to the impacts as much as possible. Not only every time there is a wildfire in the west and flooding in the east, but every time there are extreme heat waves and folks who don’t have access to air conditioning are in danger, etc.

MH: For many, the recent flooding brings back painful memories of Hurricane Katrina. How has the response to these types of events changed since then?

RB: I wasn't flooded in Louisiana recently, so I can't say exactly how people are feeling, but I know that as these events become more and more common, the sense of shock molds more into a combination of anger, fear, frustration, sadness, and in a way, also power. The gulf coast has been labeled as this "resilient" region, which only gives the industry more reason to dump on the folks there, since they will bounce back. But that's false - the folks there are resistant to the idea that they are a sacrifice zone. The people there, the babies and kids, the culture and the food, the stories of the elders...all that is worth fighting the industry, and fighting for each other for.

RB: The week of actions in the Gulf recently have been very connected with the current resistance against the Dakota Access Pipeline in ND. We have to stop the leasing of public lands for extraction, we have to stop pumping fossil fuels across the country to burn, we have to move on from the Dig-Burn-Dump economy and fight for the livelihoods of our future, for the land and the water that we depend on.