The national media has a major influence on policy-makers and influencers and plays a big role driving public debate. In our latest report, we looked into Canadian media coverage of climate change, and found some surprising results.

Even during the spring of 2021, while the pandemic raged on, climate change was pretty prominent in the national media. It was covered less than health care or the economy (or hockey), but more than unemployment, child care or pipelines.

And the overall framing was very positive. Only 7% of coverage cast doubt on the need for climate action or questioned climate science. Almost 80% of stories took it for granted that we need to reduce climate pollution or framed action as inevitable. 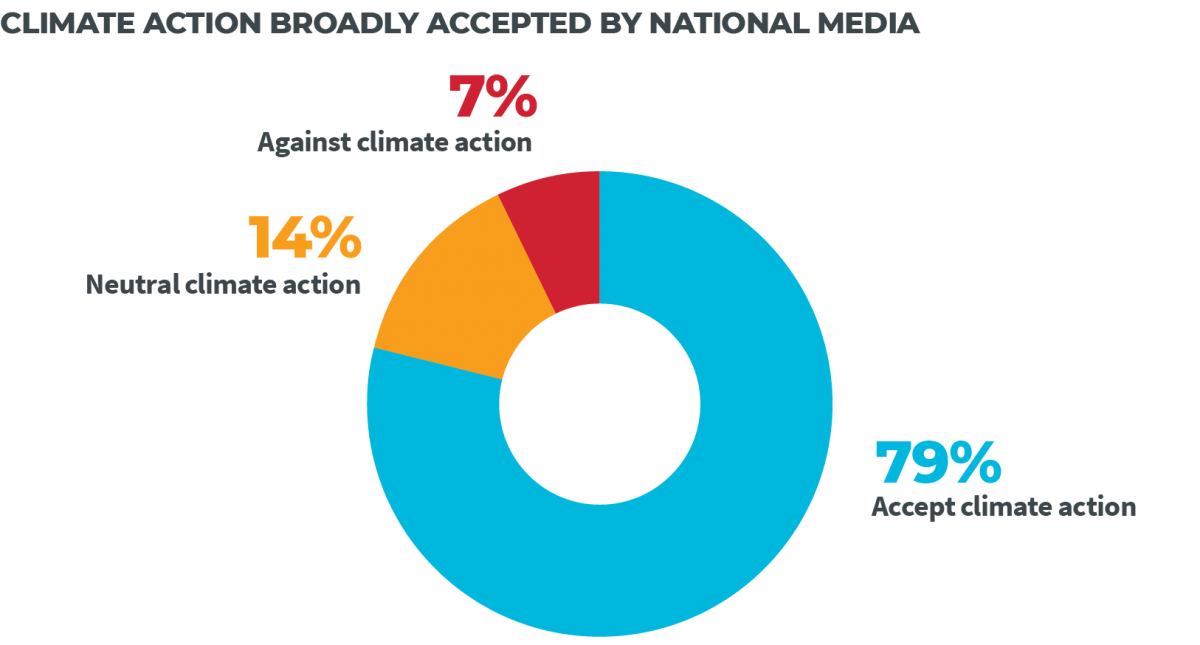 But our analysis also found the media coverage to be sterile. Climate change is not presented with urgency, or as a moral imperative. Less than 30% of stories presented climate change as something that impacts people. Indigenous rights and issues of equity and justice come up less than 20% of the time. Instead, climate change is mostly viewed through the lenses of policy, economics, energy and politics.

Politicians are the people most frequently quoted or referenced. There’s a big divide between the national media and the public: women are most engaged on climate change but media stories mostly reference white men.

When it comes to fossil fuels and the energy transition, the national media generally accept there’s a transition underway. But there’s a real battle for narrative going on. “Transition” is often invoked to undermine urgency — the transition will take decades — and even to justify expansion of the oil and gas industry.

Here’s the link to the full report. Dive on in to read through our recommendations and the full set of findings along with expert commentary by Professor Sean Holman from Mount Royal University.