Canadian election: A study in values 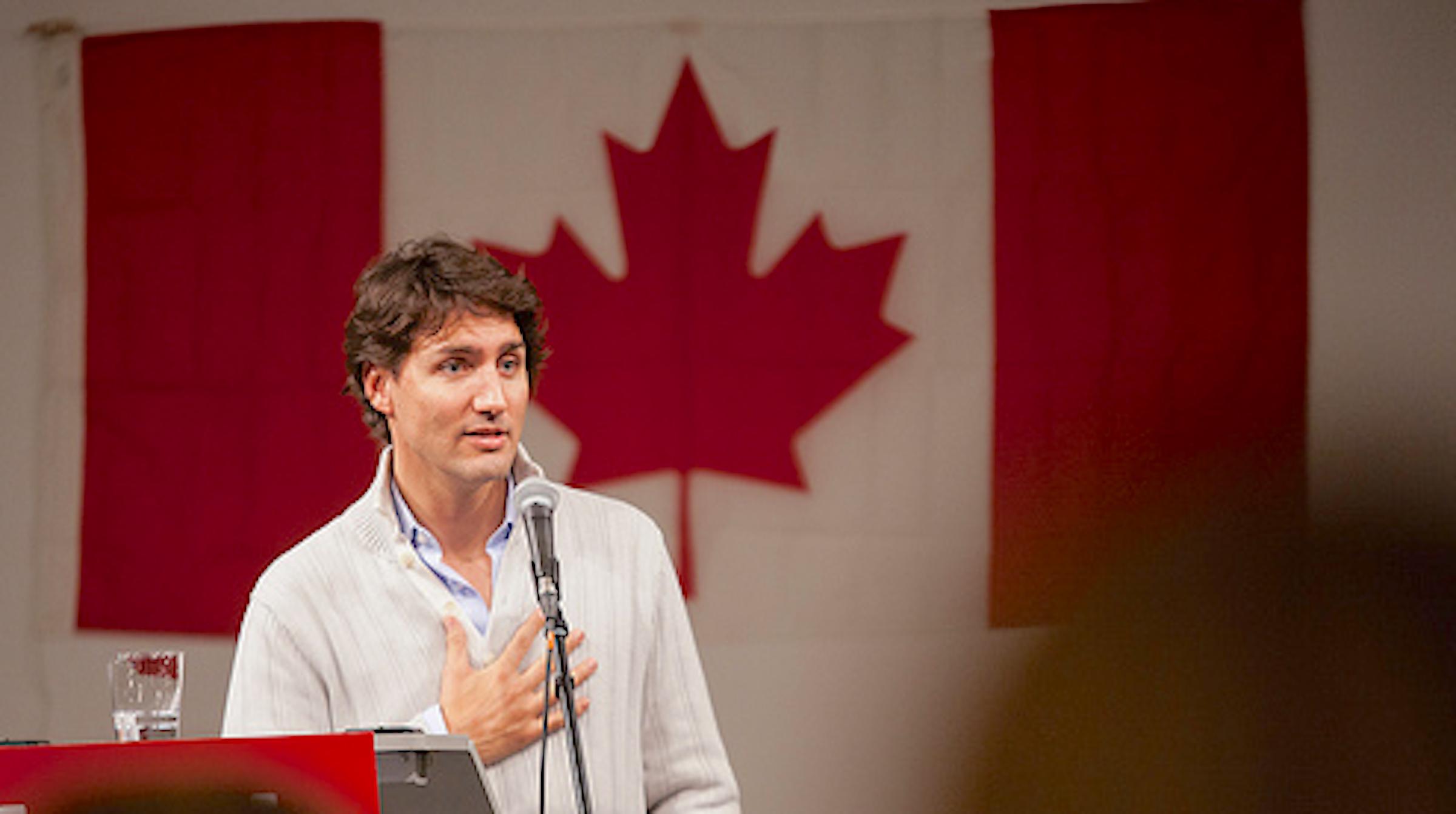 Those who work on climate change were both chuffed and chagrined by its role in Canada’s federal election campaign, which peaked last week with the victory of Liberal leader Justin Trudeau and defeat of Conservative incumbent Stephen Harper.

“The environment” – a catch-all concept that often encompasses concern about climate change – consistently ranked close to economy and healthcare on voters' list of top priorities. Oilsands and climate change issues took up nearly a quarter of the first leaders debate, commanding more than twice the airtime they did in 2011. Several media outlets ran editorials calling on all parties to take a strong stance on reducing GHG emissions or put a price on carbon. To quote professor and commentator George Hoberg, “energy and environmental issues have become central to Canadian electoral politics.”

Despite all of this, climate change didn’t have a significant impact on the election’s outcome. Fundamentally this was a campaign about values where action on global warming was bundled into a broader set of aspirations and ideas that Canadians said yes to last Monday.

The election of Canada’s new prime minister is an important case study in the powerful potential of values-based messaging. Where the Conservative campaign sought to preserve the status quo and motivate voters with threats of an unstable or unsafe future, the Liberal campaign (and to a different extent, the New Democrats) mobilized Canadians with a vision of change centred on honesty, inclusion and fairness.

Of course, the timing couldn’t have been better. Much has been said about why Canadians’ were ready to bid farewell to one of their longer-standing leaders – corruption, fiscal mismanagement, deepening degrees of intolerance and an overt contempt for basic democratic principles being among them. Under Harper’s rule, Canada became a global pariah on climate change (the dark twin to its role as international cheerleader for the oilsands); even members of the Conservative base were beginning to question his judgment. Voters traditionally divided by ideology found common ground in their disapproval of Harper’s approach to governing, particularly his divisive tenor.

In this context, the fact that Trudeau wasn’t very scientific about how his climate plan would set him above other parties didn’t matter. Why would it, given most Canadians support emission reduction targets but can’t say what a good one looks like or how to achieve it. Election-time focus groups have been clear that Canadians rarely track the policy fine print; they’re lured in by a resonant vision. Trudeau’s generally progressive position on climate change was just one example of what made his party a desirable alternative. And for many – including those who supported strategic voting and ABC (Anything But Conservative) campaigns – what he presented was good enough.

At Climate Access, we regularly advise climate practitioners on using common values to articulate a vision of a better future, as well as the steps towards getting there. It’s a delicate approach that has the potential to come off idealistic or woo-woo if not executed thoughtfully. Certainly not for the risk-averse (neither was Trudeau’s comment about growing the economy “not from the top-down … but from the heart outwards”). But done well, values-based messaging that taps shared aspirations around fairness, equality and innovation, for example, lays the ground for the specific prescriptions or actions needed to achieve the vision. (Tools like Spitfire Strategies’ message box puts values at the start of every frame, and vision at the close.)

Values-focused campaigns can be stressful for people who work on policy. Many smart advocates grumbled over the fact that both the Liberals and NDP avoided getting specific on key aspects of their climate change strategies, including how they might price carbon and the future of oilsands development. “Instead, climate disruption was coded in symbols linked to the national social contract (between regions) and Canadian self-esteem that were much more suitable for the challenging parties,” Canadian pollster and activist John Willis told Climate Access.

This is partly why Trudeau focused on restoring the role (and independence) of science in decision making, as well as working more closely with the provinces and territories.

“The Liberal message about consulting the provinces and bringing the country together was probably the most effective message on climate (and wasn't really a message about climate policy per se, but rather a new style of collaborative governance),” communications specialist and instructor Andrew Frank told Climate Access.

Intelligent skeptics may be tempted to criticize these promises for focusing on process over outcomes. But then, commitments to restore Canada’s environmental laws and give First Nations and other stakeholders a meaningful seat at the table were also sought and received, and neither involve a scientific target.

The reality is the Trudeau-led Liberal campaign raised expectations – exponentially – about the kind of leadership, transparency and accountability Canadians can expect from their federal government going forward. And they made climate change a central indicator of their success on all of these fronts.

The opportunity for climate advocates now is to drive the details. Canadians need information on what smart climate policy looks like (i.e. a strong national action that will cut 1/3 of Canada’s carbon in the next 15 years, on the way to 100% renewable energy by 2050), as well as ideas on how to measure our progress. Most people are still unclear on the connection between the oilsands and climate change (perhaps including the new prime minister, who has a mixed position on pipelines). Stories about Canada’s burgeoning renewable energy sector and job market need to be shared and promoted.

There is still lots of work to do, but it should be easier with Canadians agreeing that it’s time to do something.