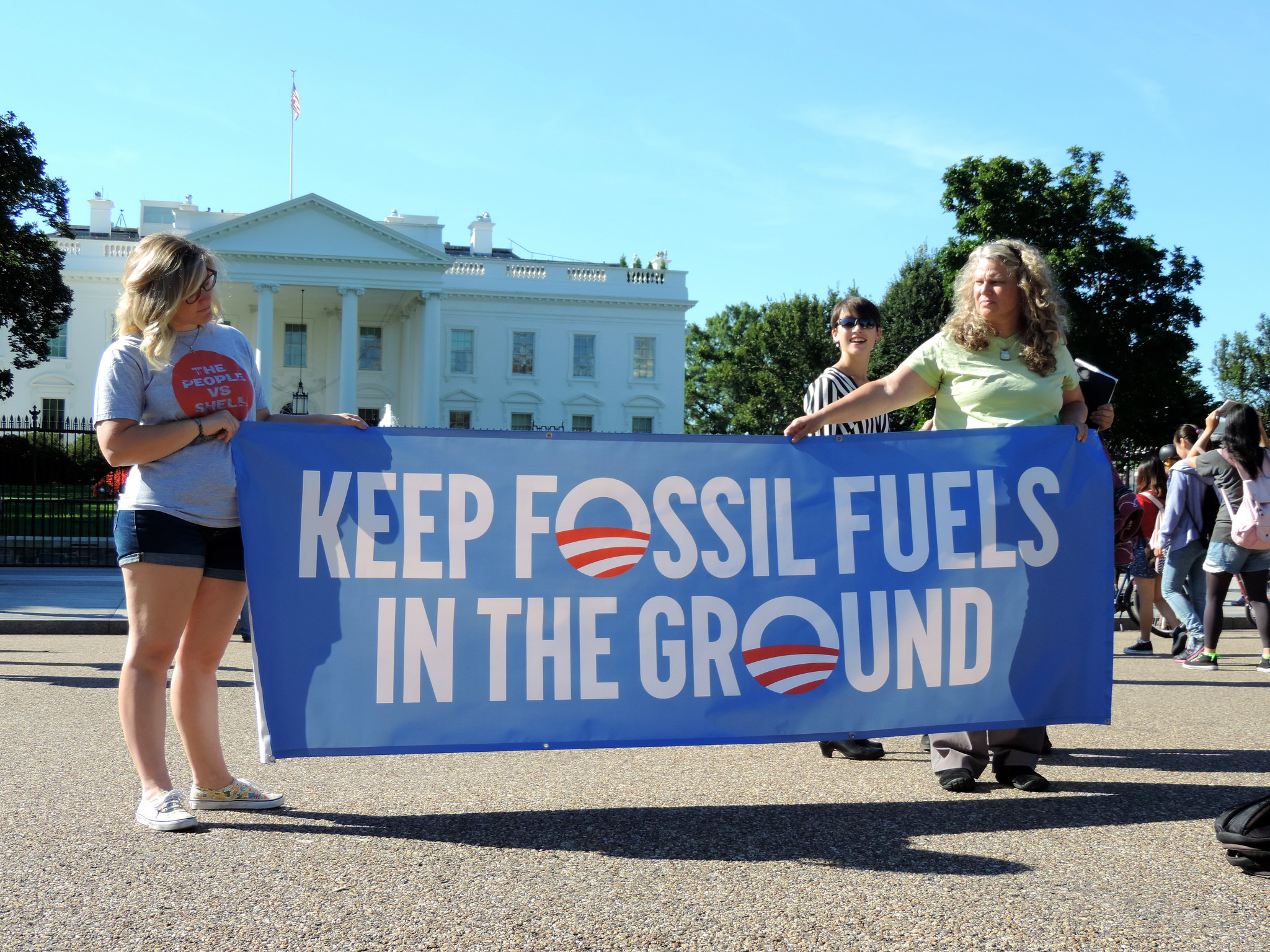 From the Paris accord to Keystone XL’s rejection to record-breaking weather, it was a major year for climate change. Here are five important voices that influenced the climate conversation in 2015, helping change policy, culture and the way we communicate.

The buzz around Pope Francis’ calls to action on climate change turned the head of the Catholic church – whose popularity as pontiff is rivalled only by Pope John Paul II – into one of the most high-profile spokespeople on the issue this year. In a society divided by ideology and values, the pope’s encyclical and subsequent commentary helped bridge the divide between science and faith for many, and not just Catholics. A recent study by the Yale Project on Climate Change Communication concluded the pope’s teachings, which present a strong moral imperative to act on climate change and protect the most vulnerable from harm, helped increase interest and engagement in the issue among Catholic Americans and the broader U.S. public. Framing climate as an issue of responsibility and equality is helping many progressive faith groups in the U.S. connect with members on climate change. Inspired by the success of the Freedom to Marry approach, Minnesota Interfaith Power and Light has reached more than 2,000 people in 50 communities through their climate conversations project, where trained volunteers from the faith community to convene and facilitate conversations about climate change with their peers.

Another key voice this year came from the thousands of young activists driving major victories for the global divestment effort. Nearly 2,000 individuals 400 institutions representing $2.6 billion in investments have committed to withdrawing their dollars at some level. This massive campaign, which has reportedly grown faster than any other of its kind including tobacco and apartheid, saw its financial scope grow more than 50-fold this year, although its equal strength has been to stigmatize the way churches, academic institutions, pension funds and many others tacitly power the fossil fuel industry through investment. This work has been largely youth-led, tapping the frustrations, creativity and will of thousands of college and university students around the world. Given the the steady decrease in young people who are politically engaged, divestment campaigns are giving youth new opportunities to play an impactful role on issues they see as core threats to their future, and develop skills in designing and implementing climate campaigns – both key attributes of the kind of engagement opportunities young people need to feel motivated to act on climate change, according to recent research by Climate Outreach.

It’s not news that communities of color and indigenous communities are disproportionately impacted by climate change. But the intersections between climate change and racial justice became part of the broader discourse in a big way in 2015 with the 10-year anniversary of Hurricane Katrina, the rise of BlackLivesMatter and new research that confirms communities of color – particularly Latino ones – are more concerned about climate change and supportive of policies that address it. While overwhelmingly white environmental organizations work to address global warming in the context of systemic inequality, grassroots groups are leading a new conversation about the intersection of climate and justice issues that is gaining momentum. Members of the Environmental Justice Leadership Forum on Climate Change played a key role in ensuring a strong justice framework was part of the final draft of the Clean Power Plan, after a strong lobby effort that led President Obama to say plainly during his announcement of the historic regulations: “… if you care about minority, low-income communities, start protecting the air that they breathe.” In Canada, the joint efforts of climate advocates and First Nations leaders culminated in several major moment this year, including more than half a million dollars crowdfunded to support First Nations legal challenges to the Northern Gateway pipeline and Canada’s push at COP21 to ensure Indigenous rights (and the value of traditional knowledge) were included in the Paris climate accord – a move that while largely symbolic, since it was absent from the legally binding section of the deal, signals an important shift in who decision makers see as key stakeholders when it comes to climate policy.

While world leaders hammered out a global deal to limit carbon emissions earlier this month, two separate networks of municipalities representing more than 900 million people between them released details of how they’re already responding to climate change. One, the C40 Cities, has seen the proportion of city action jump from 15% of its membership in 2012 to over 50% in 2015. From Vancouver, BC’s recent commitment to becoming 100% renewable by 2050 to Portland’s ban on fossil fuel infrastructure, there’s no doubt cities are leading the charge on climate solutions at a local scale – and helping reframe the issue in the process. Given their position on the frontlines of climate impacts, city actions often focus on the localized ways climate change is or expected to impact a specific location, creating opportunities for place-based engagement that isn’t always possible at the national level. As the climate conversation becomes more hopeful or solutions oriented, cities are also emerging as one of the best sources of good news stories. The resulting narrative challenges the idea that climate change is a problem too large to be solved, or that needs to be managed from the top down, and positions cities in a “race to the top” to see who will take the boldest action on climate change.

While the media has taken a lot of flak for the way it covers climate change, several outlets took bold steps in 2015 to show they’re taking 97% of the world’s scientists seriously. Perhaps the most dramatic example was a series of articles investigated and written by InsideClimate News, with the involvement of the Los Angeles Time and Columbia University Journalism School, that exposed one of the greatest climate denial schemes documented at the world’s largest oil and gas company, Exxon. The special report was covered by countless mainstream press and prompted an investigation by the New York attorney general’s office. Meanwhile, more than two dozen news publishers from across the political spectrum agreed in May to freely share climate-related content in the lead-up to COP21 in an effort to raise awareness of the issue. Select articles shared by participating outlets were translated into multiple languages, allowing publications to beef up their climate coverage without adding staff or resources. The Guardian was a major driver of the effort, making it the British publication’s second major climate initiative this year after the launch of Keep It in the Ground with 350.org. Recent research by the Canadian Centre for Policy Alternatives showing how media coverage can influence an audiences’ interest in engaging with the issue underscores why the media need to get it right on climate change.

Tags:
Lessons from the Field