21st Century Climate Extremes and the Next “Greatest Generation” 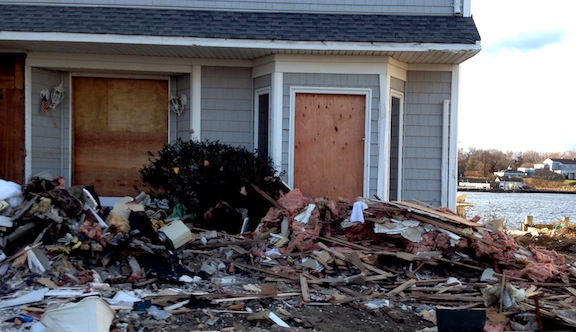 In regards to the solicitation for Climate Access members to submit comments about the "extent catastrophic events can serve as lasting climate wake-up calls," I suggest that we consider a set of broader questions about such “framing events.” Why do some have deep and long-lasting consequences for our society while others do not? And what can we do – and should we do – in advance of such events to increase the likelihood that they will positively and substantially shift us towards a low-carbon, climate-resilient society?

Here are a few examples of focusing events that have led to major policy shifts:

There is no guarantee that such events will produce big shifts. Hurricane Katrina had the potential for a fundamental shift in public policy – especially given the striking images, but I’d have a problem pointing to any fundamental shifts in public policy beyond the affected area. I would have thought the BP-Horizon disaster had the potential to shift public policy, but there too I’m hard pressed to come up with deep and lasting impacts on policy. Hurricane Sandy certainly was a major framing event as well. In terms of climate policy, it appears that its impact is primarily on the preparedness side and more at the local and state level. It remains to be seen if the changes are durable.

Thomas A. Birkland at North Carolina State investigates the connections between framing events and public policy in a couple of books published over the last 15 years. One is After Disaster: Agenda Setting, Public Policy, and Focusing Events (1997). More recently he wrote Lessons of Disaster: Policy Change after Catastrophic Events (2006). “While the American system is slow and deliberative by design, rapid policy change in the face of major focusing events is possible,” he concludes. He explores elements that help and that hinder lasting policy change in the aftermath of such events.

From a very different perspective, Rebecca Solnit has written of the potential of disasters to bring out the best in our society and to catalyze positive, durable change. In A Paradise Built in Hell: The Extraordinary Communities that Arise in Disaster, she says that “the prevalent human nature in disaster is resilient, resourceful, generous, empathetic, and brave.”  She concludes that “long-term social and political transformations, both good and bad, arise from the wreckage.”

If the climate change issue demands very large and rapid policy changes, and if such shifts in policy typically are associated with major framing events, then I’d argue that we should put more effort into strategies specifically designed to maximize the odds for major policy shifts in the wake of extreme events. I’d furthermore argue that with the current political circumstances in Congress, we may be more successful with such an approach at the local and state levels. Finally, I’d suggest leading with climate preparedness policies that always are tightly coupled with emissions mitigation, i.e. responding to the rise in climate extremes by focusing on policies that promote climate-resilient, low-carbon communities.

It is safe to assume that we are going to see a continued increase in weather extremes and that some of these are going to result in major policy shifts. The question is whether we can significantly influence those shifts with careful groundwork beforehand and focused efforts after such events – and whether that is the best use for resources that otherwise can be focused on inching along through other more conventional, direct strategies focused at the national level. I think we need to do both, but we should think carefully about the balance between the two.

It is notable that “The Greatest Generation” of the 20th century in America emerged from disaster: the Dust Bowl coupled to the Great Depression.  The challenge and opportunity we now face similarly resides in the climate extremes that will increasingly afflict us.  We can and must prepare for – and respond to – those events in ways that will empower this century’s greatest generation to build a more sustainable society.

Nick Sundt is communications director for climate change with the World Wildlife Fund. He is a former smokejumper in the Western U.S. -– jumping fires from New Mexico to Alaska from 1980 to 1990.